Established in 2004, FEPI is the European Federation of regulatory bodies and competent authorities for nursing.

FEPI’s primary aim is to protect European citizens by securing excellence in:

FEPI seeks to achieve public protection and patient safety by being:

FEPI’s areas of expertise and activity are :

The objectives of the FEPI are supported by the following activities:

Our members are divided into three categories :

Supreme body of the F.E.P.I., the General Assembly aims to takes guidelines and elects the Executive Board among its members for a term of 3 years. Only full members have a voting right. Associated and Observer Member may attend, but without voting right. 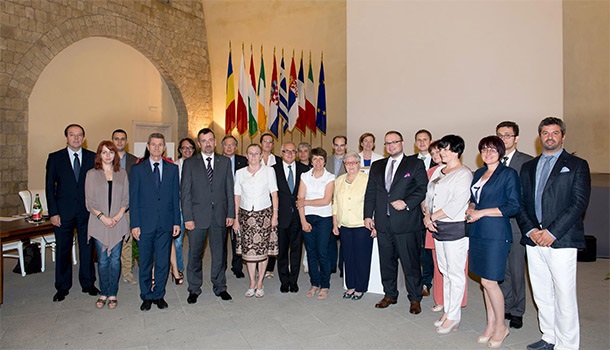 Executive Board aims to achieve the objectives set by the G.A. for one year. Moreover, the Board is given the widest powers to carry out all acts of administration or stipulations which affect the association.

Permanent body present in Brussels, the General Secretary is composed of a Senior Policy Officer and a Policy and Press Officer. They handle the day-to-day actions required from a European association. Policy Advising, Lobby actions are among those operations.

This website uses cookies to improve your experience while you navigate through the website. Out of these, the cookies that are categorized as necessary are stored on your browser as they are essential for the working of basic functionalities of the website. We also use third-party cookies that help us analyze and understand how you use this website. These cookies will be stored in your browser only with your consent. You also have the option to opt-out of these cookies. But opting out of some of these cookies may affect your browsing experience.
Necessary Întotdeauna activate
Necessary cookies are absolutely essential for the website to function properly. These cookies ensure basic functionalities and security features of the website, anonymously.
Functional
Functional cookies help to perform certain functionalities like sharing the content of the website on social media platforms, collect feedbacks, and other third-party features.
Performance
Performance cookies are used to understand and analyze the key performance indexes of the website which helps in delivering a better user experience for the visitors.
Analytics
Analytical cookies are used to understand how visitors interact with the website. These cookies help provide information on metrics the number of visitors, bounce rate, traffic source, etc.
Advertisement
Advertisement cookies are used to provide visitors with relevant ads and marketing campaigns. These cookies track visitors across websites and collect information to provide customized ads.
Others
Other uncategorized cookies are those that are being analyzed and have not been classified into a category as yet.
SALVEAZĂ ȘI ACCEPTĂ